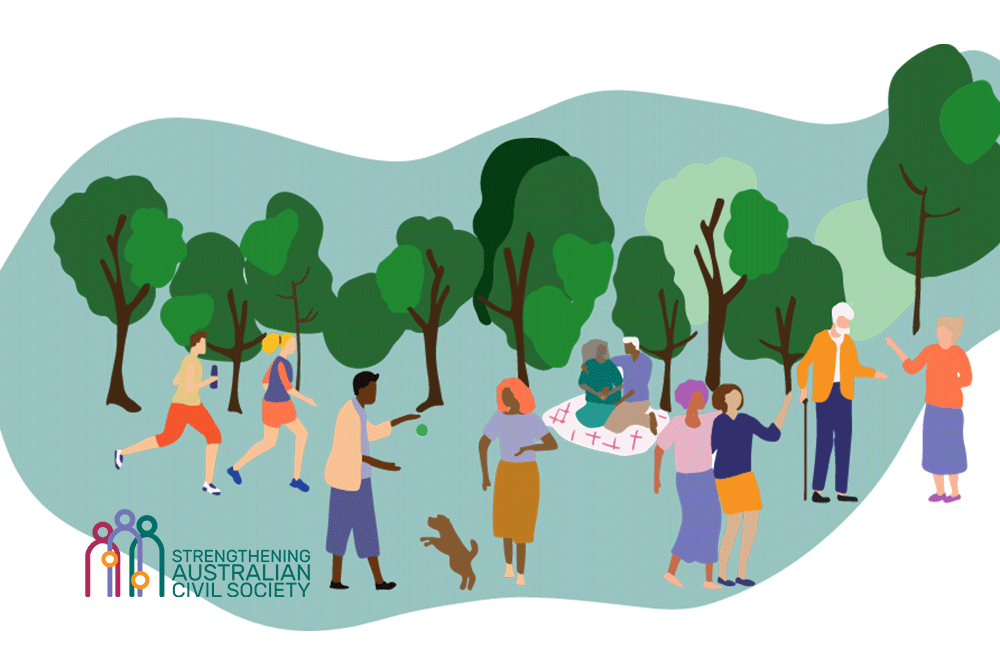 As part of the Strengthening Australian Civil Society initiative, the Sydney Policy Lab has joined forces with Australian and New Zealand Third Sector Research Inc (ANZTSR) to host an exciting series of lunchtime webinars on advocacy in 2021, designed to generate discussion around the interim findings from the Strengthening Australian Civil Society research, inviting leading scholars and activists from various sectors to reflect on what it takes to advocate for change and providing opportunity for members of the public to engage in the debate.

We kicked off the series on Tuesday 31 August 2021 with a webinar on Growing Australia’s Civil Society Muscle, examining how we can maximise the impact of advocacy with an impressing lineup of speakers on the panel:

Dr Ruth Phillips, Associate Professor of Social Work and Policy Studies at the University of Sydney and Chair of ANZTSR opened the event and introduced Professor Marc Stears, Director, Sydney Policy Lab, and chair of the event. Marc presented on the latest findings of the Strengthening Australian Civil Society research, and introduced the speakers.

Larissa began the discussion by discussing how the team at Jumbunna use their values to guide and shape the advocacy work they choose to engage in. By leading with values, Larissa described how the Jumbunna team is able to make decisions around speaking out on issues that other groups may put in the too hard basket.

One example of this highlighted by Larissa was Jumbunna’s decision to oppose the Northern Territory Intervention. At the time many NGOs remained silent, claiming this was because they were listening to a diversity of First Nations opinions, some which supported the Intervention. Rather than deferring responsibility back onto other First Nations people, Jumbunna used their values to determine that the Intervention represented, “one of the most egregious breaches of human rights standards in the modern times” and thus it was essential that they advocated against it. As Larissa highlighted, having strong values allows us to, “articulate what we believe in that helps us decide what we stand up for.”

Thomas then grounded the conversation in the history of union advocacy and the subsequent erosion of unions that has led to this moment, arguing active unions are an important part of a strong civil society. Thomas explained that “so much that Australians take for granted today, including universal healthcare that has been so important in this pandemic, has been won through workers acting as a collective”.

Thomas tracked declining union power alongside a decline in civil society action groups, laws, policy and accountability, maintaining that strong unions make a strong civil society. He explained that unions have a history of engaging in solidarity around First Nations issues, including recently supporting the Uluru Statement from the Heart, and that powerful unions should be able to walk off the job or act in solidarity with First Nations people.

Richard explored the important work that advocacy groups can do to ensure that civil society is able to work effectively. Under the Howard government, NGOs were subjected to funding contracts that effectively prevented them from criticising the government or even mentioning the terms of their contracts. Richard, alongside Sarah Maddison, were able to discover this ‘silencing dissent’ through meta research which they used to advocate against these gagging contracts, having them repealed under the Rudd government. Richard explained that, “the proof that advocacy works is that powerful people try to silence that advocacy”.

Panellists all echoed the importance of creativity and a diversity of approaches when engaging in advocacy. When asked how to achieve mainstream cut-through when dealing with an issue that is pigeon-holed as niche, Richard said that “you have to be creative, to think ‘how do I get this person to be a messenger for this message’. To do that you have to solve their problem, you can’t just tell them they need to solve yours”. The Australian Institute has been getting creative by starting their own YouTube channel and webinar series to have direct access to their audience through unfiltered content.

The importance of using new media in a creative fashion was explored by Larissa who has utilised podcasts, short films and social media to increase storytelling and access a diverse audience, most recently through the release of the feature documentary, After the Apology.

The idea that power needs to be better understood within Australian civil society advocacy was explored by all the panellists. Larissa discussed how using self-determination as a core value to work from, has allowed her team at Jumbunna to, “think about how we are challenging power structures by bringing what power we might have and shifting that to someone else who might need it more”.

The importance of worker power to push for collective rights and stand in solidarity with marginalised people was explored by Thomas who argued that unions are essential advocate bodies. Richard talked about the power of advocates to create real change through shifting policy explaining that, “charity shifts millions and policy shifts billions.”

The panellists also discussed the ability of advocacy to be most effective when conducted with others. Richard applauded the work of the Sydney Policy Lab and ANZTSR in organising this webinar as a way to bring together people thinking about advocacy.

Larissa explained that a lot of her advocacy is premised on the idea that there are many “untapped”, “good-hearted Australians” that would make excellent allies if they were aware of the issues. The collective power of unions and the way in which unions have historically stood in solidarity with First Nations people, was discussed by Thomas as an essential collaborative force for change within Australian civil society.

The panel served as an important reminder that advocacy is hard work. It requires that we examine the power structures that are at play when dealing with social issues, we think creatively and innovatively to capture the public’s imagination, and we build strength by working together towards a common goal. By leading with our values and understanding our history we can create advocacy that responds to the moment. Supporting this sort of advocacy, allows broader civil society space to breathe and get on with the challenging work of transforming our world for the better.

Look out for our next Advocacy webinar with ANZTSR on the 7th of October. You can expect an equally engaging panel, this time discussing disability advocacy and lessons learnt from the NDIS. To come along to this panel, please RSVP HERE.

Our team will continue to host exciting and interactive events like this over the coming months, so make sure you have signed up to receive updates when we release them. 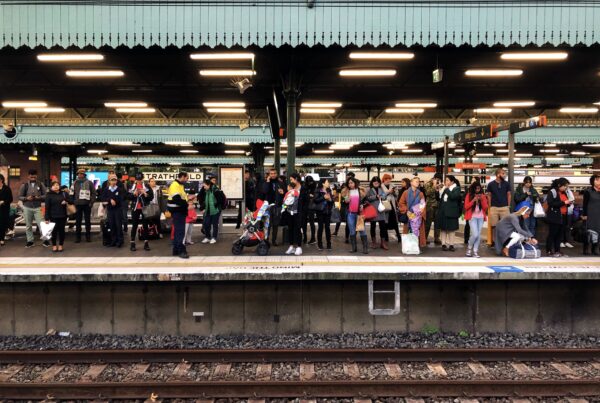 Building a Culture of Learning at Scale: Learning Networks for Systems Change 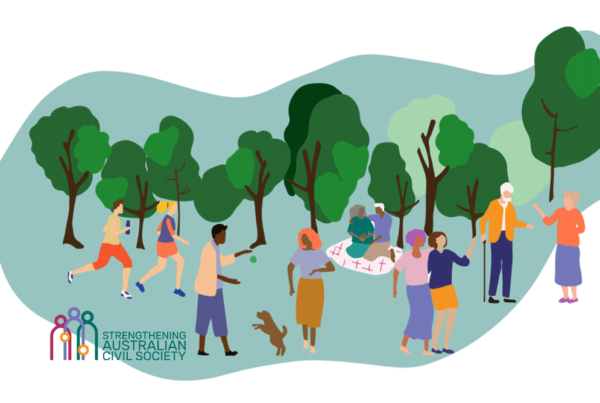 The NDIS: how did we get here and where to from here?